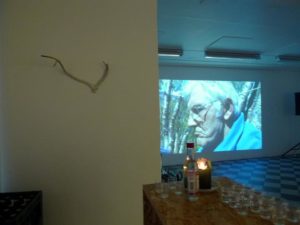 The Sámi Art Festival 2008-2011 was organized as a series of projects held at different places in Sápmi and/or the Barents Region, during a three year period. Various perspectives connected to art and its relation to these Arctic regions, the political, economic and cultural structures, were elaborated upon and discussed in exhibitions, a workshop and seminars. Key words for their content were autonomy, trauma and market.